What team(s) would you like to see City take inspiration from? 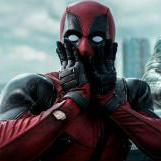