Footballers out of context... 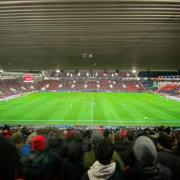