How many from this team would be selected today? 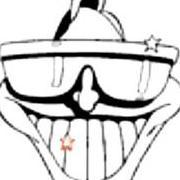