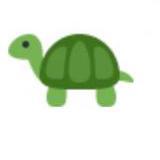 By The turtle,
Tuesday at 14:22 in Football Chat